I’ve never been a fan of Jimmy Fallon. Honestly, I’ve not really cared for an alum of Saturday Night Live since Mike Myers, but Fallon comes from SNL‘s Lost Generation where no one was funny.

Maybe Tina Fey, but I can’t debate anyone else. That says more about my comedic taste than their abilities, because they are each successful in their own right, and that includes Fallon. 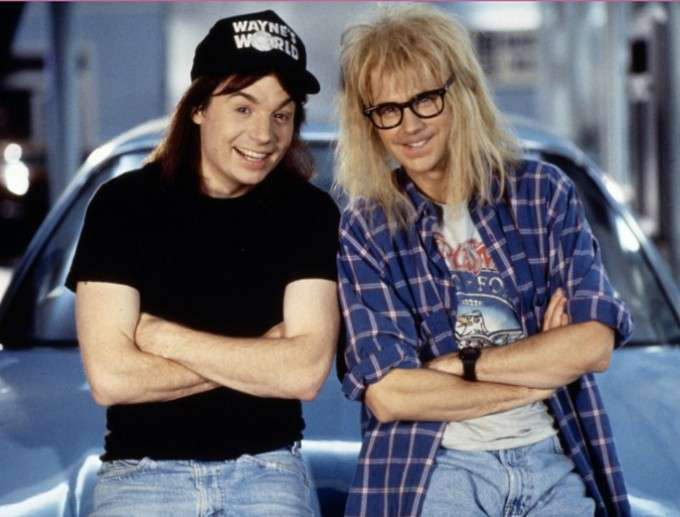 You’re in the market for a truck? Schwing!

And I guess when you’re on my list of Top 10 UnFunny People and you’re taking over The Tonight Show from Jay Leno – someone I would also put on this list – you’ve got to tap into your audience’s living room any way you can, even if it’s unintentional.

Fallon announced publicly on his show last week that he’d like to use one of the first paychecks from his new gig on a new pickup. The question of which truck he should consider was posed originally to his house band, then to the studio audience. From there, Twitter (and Detroit) caught fire.

I don’t know Jimmy Fallon personally, but I would suspect he’s not had to struggle financially for a few years. Hosting NBC’s The Tonight Show, his new gig since the beginning of the month, also comes with a respectable hourly wage (a reported $12 million annually). So, he could probably stroke a check for whatever he wants.

@jimmyfallon We think you should get a 2015 F-150 King Ranch edition https://t.co/OGTUUtGgPC

GM and Ram both followed Ford into the social media fray, each making their own obvious recommendations.

However, while they may have been later to the party, both Ram and GM sold their trucks as a family vehicle for the reigning King of Late Night.

Hey @jimmyfallon! Looking for a truck, huh? The #Silverado would look nice in the #FallonTonight family’s driveway. DM us & we’ll help!

Ram’s social media pitch also included a special delivery to NBC’s New York studio – a Ram 1500, which the company invited Fallon to take for a spin.

We’re waiting just outside of 30 Rock. Let’s take a ride @JimmyFallon, bring the little one too. #GUTSGLORYFallon pic.twitter.com/be4vmn4IoF

The irony here is Fallon replaces on late-night television one of the most renowned “car guys” this world has ever known. Jay Leno’s collection has been rumored near 200 vehicles and includes some of the most pristine examples of the most rare cars in the world.

While I may not care for his comedic styling, his taste in transportation is refreshing. It’s not often you see a star like Fallon tooling around the crowded streets of New York City in a pickup, whichever brand he may choose.

Good luck, Jimmy. Truck shopping is one of the most fun experiences you can have, especially with the near-unlimited resources that come from an eight-figure annual salary.

If Fallon actually uses his first paycheck on a new truck, we should know soon. He made the suggestion a week ago, so assuming he gets paid every two weeks like most of us “normal” people, be on the lookout at all NYC-area dealerships. 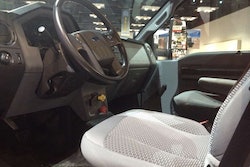 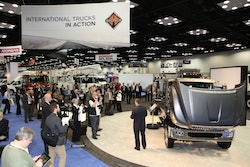 We Are At The Work Truck Show 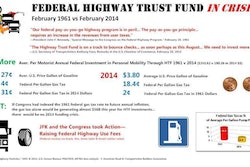 Road builders add their 2 cents’ worth, call for courage to fix highways 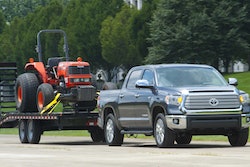