Steven Brain grew up around vehicles. He says he can remember as a kid, sitting on rollers under a car holding a flashlight for his father, who was an automotive enthusiast and electrical engineer.

Brain says it was those experiences that led him into a career working as a commercial truck technician and, Tuesday, probably helped push him all the way to winning his first overall Rush Enterprises’ Tech Skills Rodeo grand championship.

A technician at Rush Truck Center’s Dallas facility, Brain earned first prize winner in the company’s Hino Medium Duty Division and was named the 2018 Rodeo Medium Duty Champion before being honored with the overall title.

“I’ve been very fortunate in what I do for a living comes very natural to me,” Brain said after his huge win. “I think it’s a God-given gift and I’ve done well because of that.”

Now in his tenth year with Rush Enterprises (and 14th year as a tech), Brain says this was the seventh time he has competed at the Rodeo. Previous experiences in the Hino division, which he called his “bread and butter,” had netted category wins but no overall honors.

After solving the final bug “in the last 30 seconds” of the hands-on competition Brain said he felt good entering Tuesday’s final round but acknowledged “I didn’t realize I had done this well.”

In addition to his Hino expertise, Brain also has become one of Rush Truck Center Dallas’ best educators. He says part of his responsibilities at the Dallas store is mentoring and helping to educate less experienced technicians, and he hopes his success Tuesday will prove fruitful in showing those associates the possibilities that exist for Rush technicians.

When asked Tuesday about how the Rodeo has grown in the past 13 years, Rush Enterprises Chairman, President and CEO Rusty Rush used just one word: pride.

“To look at where this event has come from,” he said, “originally it was just a service event, but now everyone” across the business wants to compete.

Other category winners were as follows: 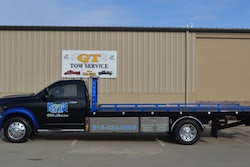 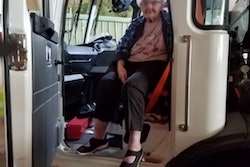 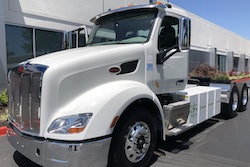 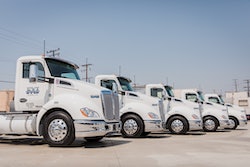