Sheriff’s investigators in Ontario County, New York are looking for a truck driver involved in the accidental death of a woman who was struck and killed by a rock believed to have come from the driver’s truck.

Barbara Amidon, 74, was traveling westbound in a car with a friend Saturday around noon on State Route 5 in Seneca when a 15-inch square rock burst through the windshield and struck Amidon in the head. She died in a hospital later that night.

Investigators are now asking for the public’s help in identifying the tractor-trailer and its driver who had been traveling eastbound on Route 5 at the time.

“[The] investigation has revealed that this vehicle threw the stone from the area of its wheels,” the Ontario County Sheriff’s Office announced on its Facebook page.

A mechanic who works at a shop nearby says it’s common to find large rocks on the road where Amidon was killed. The rocks have damaged wheels along with oil and transmission pans, according to 13wham.com.

Following news of Amidon’s death, a woman came forward and told whec.com that a rock had shattered the windshield of her car last year in the same area.

Amidon was killed near the county landfill where trucks have been known to get large rocks wedged between dual tires.

“Sometimes they pick up a rock between the duals and what they’re supposed to do when they scale out is they’re supposed to pull over on the side of the road before they get out on the main road and check the duals to make sure there are no rocks in there,” said Burt Harris, a truck driver familiar with the landfill.

“Some of the drivers don’t and they tend to fly out when they’re going down the road,” Harris added.

Today on the sheriff’s Facebook page a user posted that investigators should check the logs at the landfill to determine what trucks had left around the time of the accident.

“Those have already been reviewed,” the sheriff’s office posted back. “However, we are looking for other corroborating witnesses. Thank you!”

Another Facebook user didn’t think it was right for investigators to be looking for the driver.

“Does the guy/truck owner even know something? What are you going to do when you find him? Good grief. It was a freak accident. Leave it alone.”

Seneca is about 30 miles southeast of Rochester. 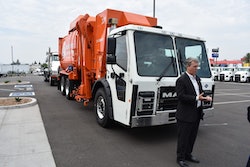 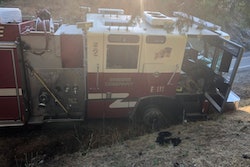 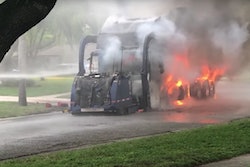 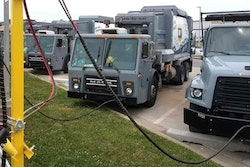