The former superintendent of the Virginia Department of Transportation’s Burke Area Headquarters has been sentenced to seven years in prison for his involvement in a bribery scheme involving the awarding of nearly $11 million in snow removal work spanning over five years.

Anthony Willie, 55, of Culpeper, along with co-conspirator Kenneth Duane Adams, 42, of Fairfax, were VDOT supervisors at the Burke Area Headquarters (AHQ) when, according to the U.S. Attorney’s office in the Eastern District of Virginia, they began accepting cash bribes in exchange for favorable contracts, such as awarding lucrative snow removal work to local trucking companies during winter snow storms in the northern Virginia area. Willie was sentenced Friday. (Others involved along with their sentences are posted below).

Willie and Adams were found guilty of accepting bribes from several owners and operators of trucking and snow removal companies including Rolando Pineda Moran, Shaheen Sariri and John Williamson.

Each agreement stated that the company owners would provide a percentage or a flat rate of their hourly invoices as bribes in the form of cash payments to Willie and Adams, in exchange for being awarded snow removal work and having Willie and Adams sign off on their VDOT invoices. Beginning in the 2012-2013 snow season and continuing through the 2016-2017 snow season, Willie and Adams would often meet the snow plow contractors at local restaurants, grocery stores, and parking lots in Burke and Fairfax and received approximately $440,000 in cash bribes.

Additionally, Adams also pleaded guilty to possession with intent to distribute cocaine. According to court records, while executing a search warrant in November 2015, law enforcement recovered approximately 129 grams of cocaine and related drug paraphernalia at Adams’ residence. Adams also admitted to previously distributing cocaine to others, including Willie and several of his other colleagues at VDOT, and to obtaining cocaine from a relative of one of his VDOT co-workers.

This case involved a joint investigation by the FBI’s Washington Field Office, Virginia State Police, and Fairfax County Police Department. Additional assistance was provided by the Virginia Department of Transportation’s Office of Assurance and Compliance. 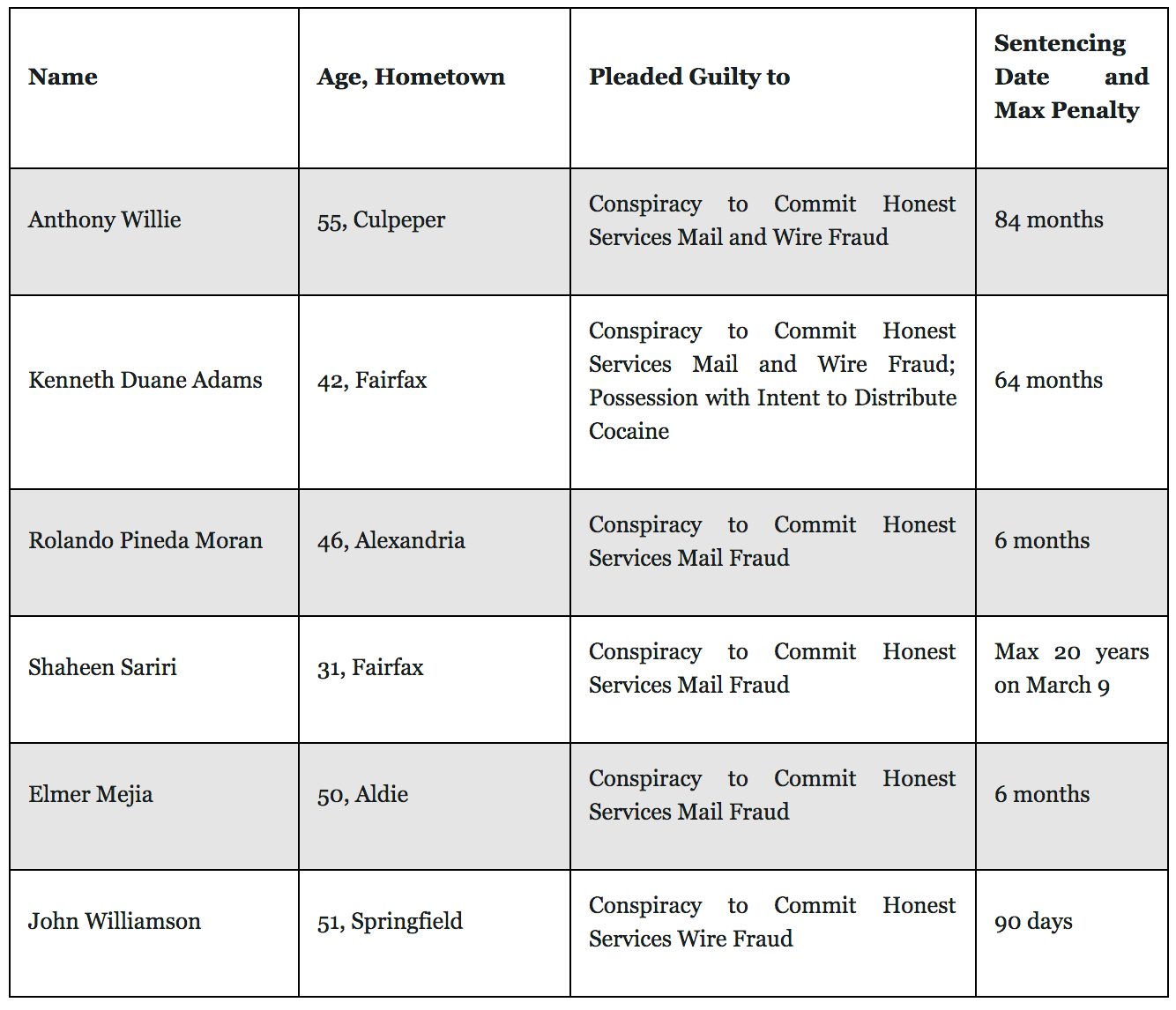 Get the business tips, industry insights and trending news every truck owner needs to know in the Hard Working Trucks newsletter.
Sign Up
Read Next
Home