Bear rides for miles on top of garbage truck

Truck predicament quiz: How do you get rid of a bear that’s riding on top of a garbage truck?

That was the challenge recently faced by a driver in Los Alamos, New Mexico who had a cinnamon-colored bear roaming around on top of his sanitation truck.

U.S.A Today reports that when the driver picked up a dumpster, he dumped the contents, including the bear, into his truck. Unbeknownst to the driver, the furry forager then climbed on top of the truck where he rode for about five miles before being discovered.

The story and pictures were posted on the Facebook page for the U.S. Forest Service at Santa Fe National Forest.

With the help of about 30 forest service employees standing nearby, the driver backed up his truck to a large pine tree where the rotund interloper reached for a branch and left his meal on wheels behind. After hanging out in the tree for about an hour, the bear climbed down and took off for a nearby canyon. 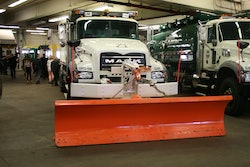 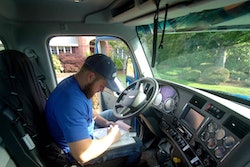 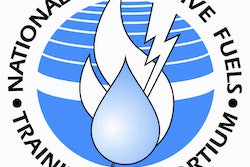